Back to all posts

Shame On An Angel 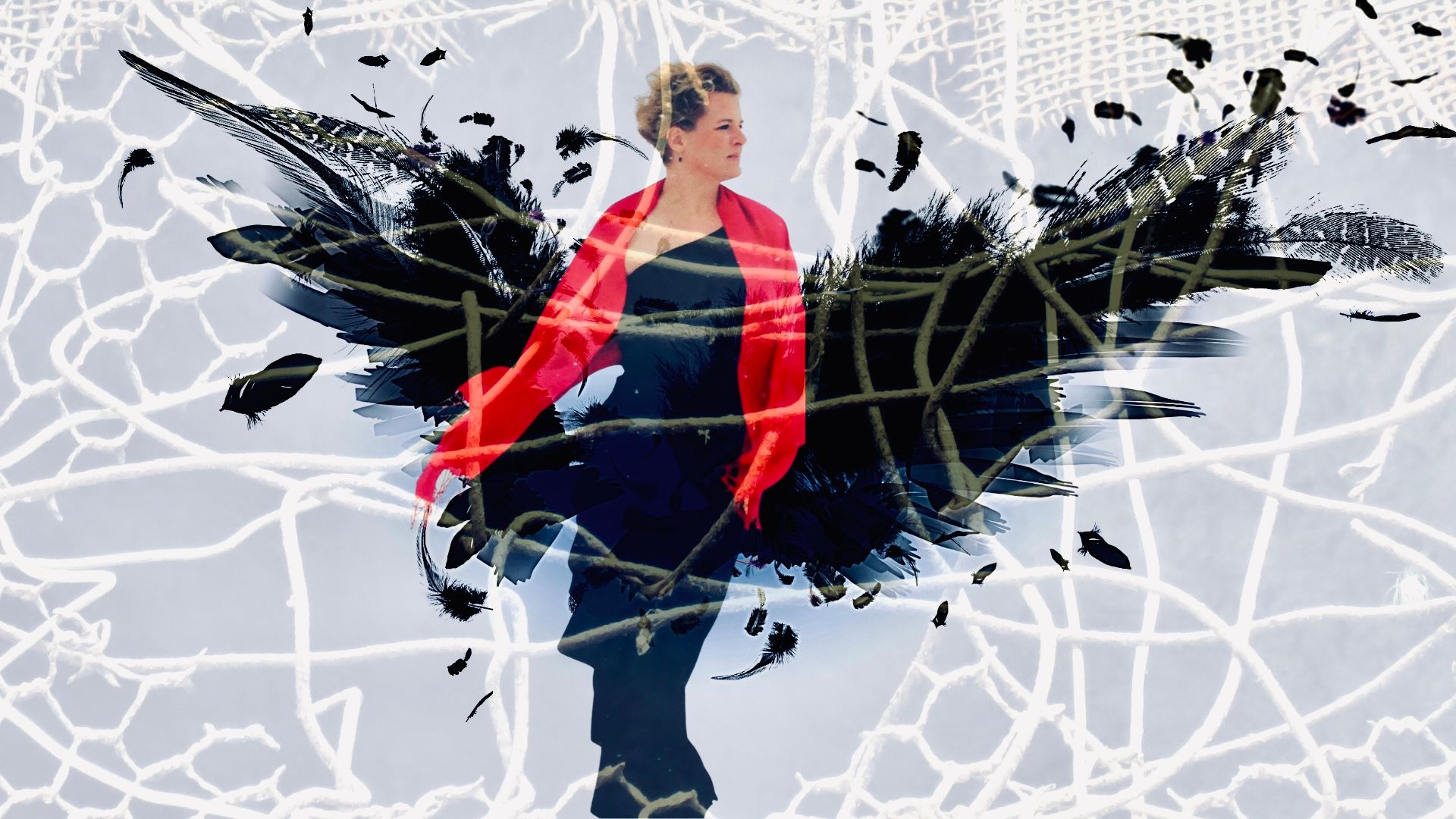 The Goddess of edges has fallen into a conundrum. Her existence is a paradox and she feels taunted by the fates that allowed her to feel like this creature…entangling itself in ropes…dropping itself into a chicken coop during a storm…grounded. Whether they are mundane or magical can’t be discerned. What grounded them? Could they have prevented their predicament? Impeded by its enormous wings, on display and made to feel like a circus animal, the creature is poked and prodded, its shame deepening, tears spring to its eyes as the Angel is burnt to see if it is still alive. Waiting…waiting…waiting for its wings to regrow and gain the strength to fly again.

This music is inspired by the exquisite sculpture/installation made by Paul Fryer Studio called Morning Star 2008 and by the story: ‘A Very Old Man with Enormous Wings’ by Gabriel Garcia Marquez, which inspired both the sculpture and the composer. Shame produces an implosion of the body: head lowered, eyes closed or hidden, and the upper body curved in on itself as if trying to be as small as possible (the bodily acting out of the wish to disappear).

The short story of Marquez does not provide a reason for the fall of the Angel. It is the composer who has extrapolated the predicament to create a reason that parallels that of the Goddess of Edges. Composer, cellist, producer, percussion (egg beater, milk frother, chop sticks, take out container, music stand, cello rib, spatula)- Margaret Maria